Mastering ARCHICAD and Leaping Ahead as a Student

Shanelle Reese’s Passion for ARCHICAD Helped Her Blaze a Path through Architecture School and Internships while Jumpstarting Her Career!

A Creative Leader in the Making

After spending an hour on Zoom interviewing Shanelle this April, the word that kept popping to mind was “powerhouse.”  This young woman knows the kinds of buildings (communities) that she wants to design — and she determined a few years ago that ARCHICAD was going to be the best BIM tool to help her get where she wanted to go. Turns out she was right!

But let’s step back and start a little closer to the beginning. 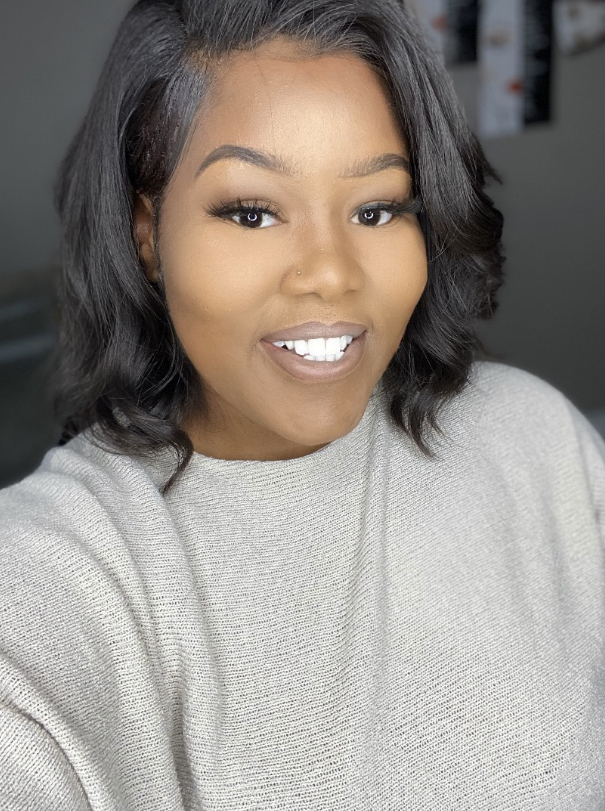 When Shanelle Reese was in the eighth grade growing up in Slidell, Louisiana, her first passion was art. When a family friend mentioned architecture as an application of her art sense, the seed was planted. And the moment she learned her high school had a four-year drafting course, she signed up and the architecture seed was well cultivated. “Ever since then — all through high school, undergrad at FAMU, and grad school at Tulane — I’ve been on an architecture track,” Shanelle explained.

In fact, in her second semester at Florida A&M University (FAMU), she found a position for herself on the Executive Board of Alpha Rho Chi (APX), a national professional fraternity for architecture and the allied arts. “So I really jumped in and I did that because I know the kind of personality I have,” Shanelle said. “I’m always putting out ideas, I always jump on things, and I knew that being on the Executive Board, where you can actually make change happen, that’s where I wanted to be.”

In fact, she executed her duties so well as APX Secretary as a freshman, that she was voted in as APX President in her sophomore year — and she remained president until she graduated from FAMU as a senior.

Starting to feel that powerhouse vibe I mentioned a few paragraphs back?  But wait, there’s more!

Architecture and design students can get a fully functional education version of ARCHICAD BIM software for FREE. Just visit MyARCHICAD to get started today!

ARCHICAD Comes onto the Scene

When Shanelle was a freshman at FAMU studying architecture, there was another young lady in her class, Rafaella, that transferred in from the University of Florida. “I noticed pretty quickly that she was using a MacBook Pro,” Shanelle said. This was unusual because FAMU’s curriculum at the time only taught Revit as its primary building information modeling (BIM) application.

“Rafaella was showing me around her MacBook one day when I spotted a surprising application and I immediately asked her, ‘What program is that? Man, that does not look like Revit,’” Shanelle inquired. Turned out it was ARCHICAD.

Shanelle dove into ARCHICAD head-first and a swam like a champ. She said, “I decided to stop using Revit and do my final project on ARCHICAD. Now, mind you, I knew nothing about ARCHICAD yet.”

Shanelle recognized that completing her final project using software she was unfamiliar with was a risky move, and the honest truth is that she nearly didn’t finish on time. “But it was good that I had that experience because I learned a lot on my own,” added Shanelle. “I used YouTube a lot, to teach myself. I also know Revit, but it took me two years to learn it, where with ARCHICAD, it took only a semester. So it wasn’t so bad.” 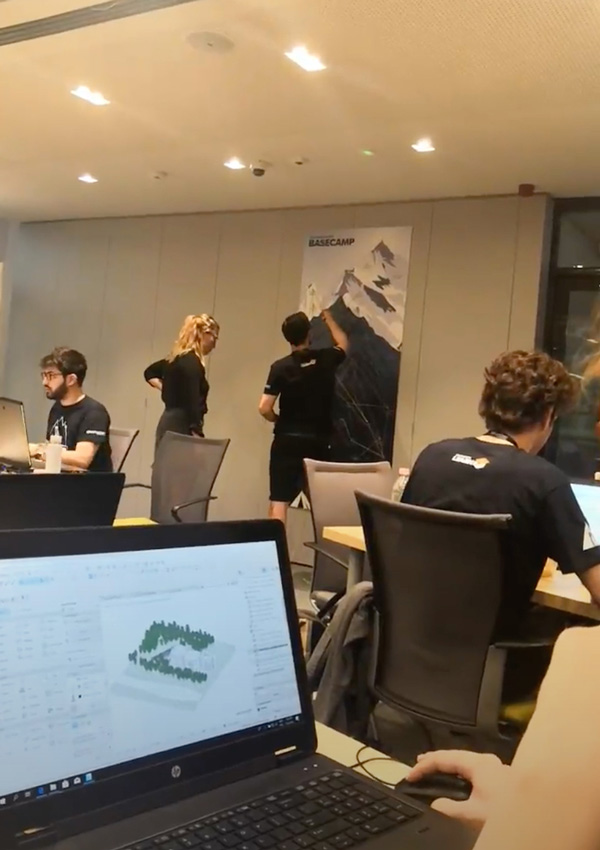 At FAMU, Shanelle studied Revit and Google SketchUp under Professor Hammond. Shanelle had heard the professor sometimes hired student interns at her own business, Hammond Design Group (HDG). Shanelle explained, “I went up to her and I just asked her for a job. I was just like, ‘Can I work for you?’ And she said, ‘Of course.’ And I was like, ‘Oh, my goodness. I just got a job and I literally just asked for it. No interview, I just asked her!’”

Professor Hammond knew Shanelle as a student and that she handled herself well in class. She also knew a good work ethic when she saw one and knew that Shanelle would not be a liability at the office. “And that was my first ever architecture job!”

When she first got to HDG’s office, Shanelle said that Professor Hammond asked her, “You know we don’t use Revit here, right?” Though Professor Hammond teaches Revit at FAMU, she and HDG use ARCHICAD in practice. Shanelle’s risky move of completing her recent final project in ARCHICAD quickly turned into quite an asset!

“One of the most important things I learned at HDG is that there’s no ‘right way’ to use ARCHICAD, like a professional approach vs. an academic approach,” said Shanelle. “It’s whatever you’re comfortable with — ARCHICAD is really flexible, so there really isn’t any right or wrong.”

Shanelle is quick to clarify that a firm’s BIM standards are a different story — those you need to adjust to and get right. “Sometimes learning and accommodating a firm’s BIM standards can make a strong ARCHICAD user feel like they don’t know how to use the program anymore, but that’s generally not the case,” she added, and she warns against getting discouraged too quickly. 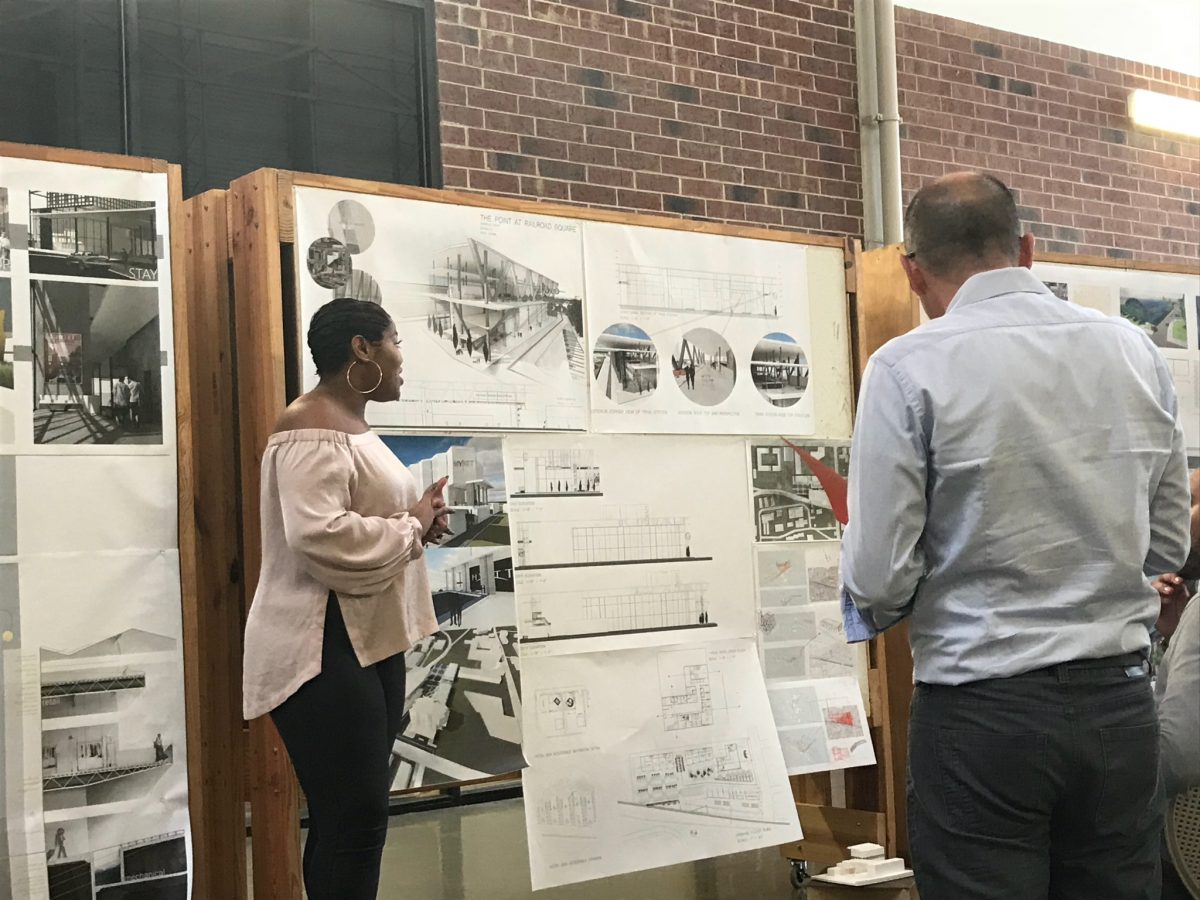 One day when Shanelle was working for HDG, Professor Hammond took her to a local AIA luncheon, and that was her first time meeting GRAPHISOFT’s Veleda Miller. “Veleda blew me out of the water,” Shanelle said. “I was talking to her about getting ARCHICAD implemented at Florida A&M University.”

At first, it was just a conversation. But because Shanelle was President of Alpha Ro Chi, she was not only well respected, but also well connected; she knew a lot of the right people that needed to be part of the conversation. She was also able to host some virtual classes to help students learn ARCHICAD. “I held classes and we had really big turnouts,” said Shanelle. “People turned in final projects and some even sat down for the online exam, with some passing and getting their certifications, too!”

From there, Shanelle worked with Veleda, Professor Hammond, and the Dean of FAMU’s Architecture School for as long as she could. “By this time, I was graduating and had to put my trust in Professor Hammond to get us across the finish line,” said Shanelle, “because, technically, I was no longer a student.” Her trust was well-placed. With Shanelle’s efforts as well as support from students, teachers, and school representatives alike, it was the perfect storm of factors that have made ARCHICAD an official part of the Florida A&M University curriculum!

Basecamp to Budapest by Way of Tulane

GRAPHISOFT Basecamp is an educational event designed to help graduating students get a head-start when beginning their careers; gain exposure to other cultures; and foster relationships with other architects from around the world.

“I’m going to be honest with you. I wasn’t going to apply,” admits Shanelle. I wasn’t going to do it, because I was like, ‘There’s no way. I don’t win anything.’ But something told me, ‘Apply.’”  Shanelle was one of only two students from North America (twenty students worldwide) that made it to Basecamp, so needless to say, she was glad she listened to that inner voice.

“When I got my ‘congratulations’ email, I was in the car. I pulled over and started calling my family to say, ‘I won the Budapest competition!’ And I just started my plan to go to Budapest!” The project Shanelle submitted for Basecamp was a part of a housing studio project she did during her first semester at Tulane. It was a housing development for large families living in poverty. “My project had a voice and it wasn’t just, ‘Oh, she did another pretty building in ARCHICAD.’ I’m trying to solve issues that face not only the United States, but other countries as well.”

“While at Basecamp, we were also given the chance to take the advanced professional ARCHICAD exam — and I took it,” she said. Shanelle admits she was worried about failing, but she stated it best when she said, “I went in there and rocked that test! I passed it and I was so excited,” she added. It was an incredibly validating moment for Shanelle because she has a tendency to underestimate her ARCHICAD skills. But this cemented things. Now, the voice in her mind was saying, “You know ARCHICAD, girl. You got this. You’re going to go out there and kill it one day!”

Forget “one day” — Shanelle is already taking architecture by storm and she’s only just beginning her career!

“Overall, I loved Basecamp. If I could go back again, I would. I would do the whole thing over. And our instructors, fabulous people. Everything was just great,” said Shanelle. “The people that were in the program with me, they were extremely awesome, too. I really want us to have a reunion one day.” 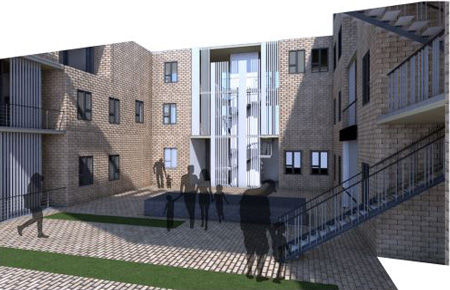 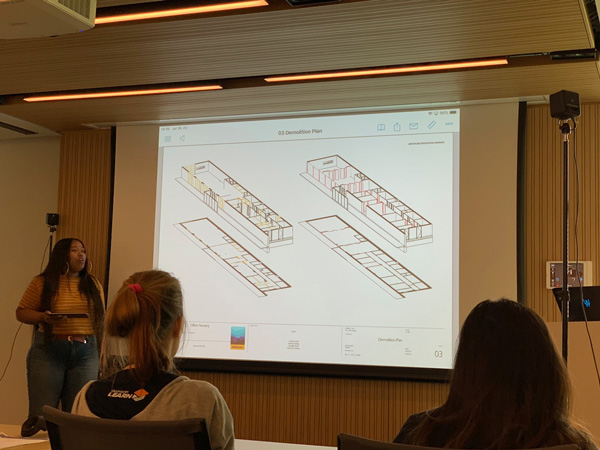 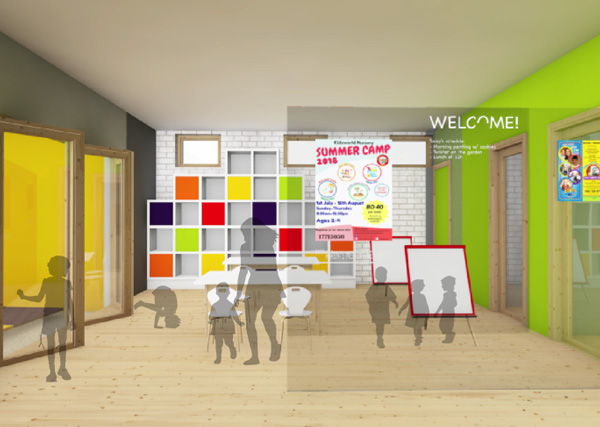 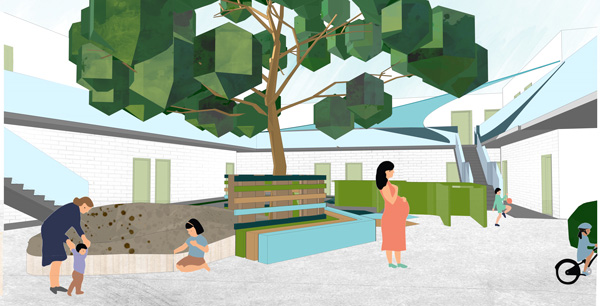 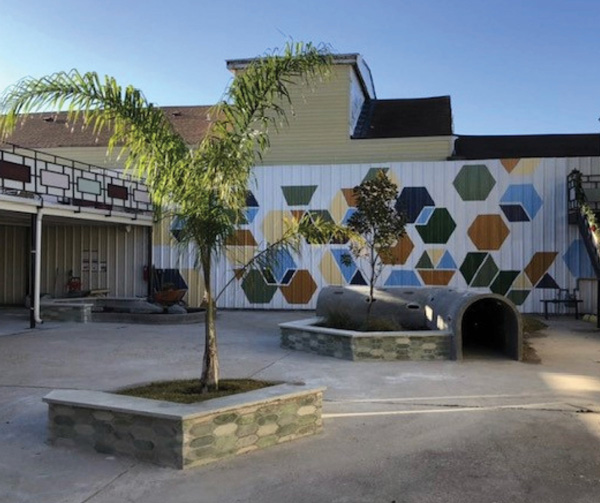 What’s Next for this Powerhouse Architecture Student & ARCHICAD Aficionado?

Aside from earning her undergrad from FAMU and Master’s from Tulane, getting ARCHICAD implemented as part of the Florida A&M University curriculum, and winning a student architect contest, what’s next for Shanelle you ask?  That’s easy: find the dream job and get licensed.

Truth be told, Shanelle already landed her dream job with a small firm in Atlanta. Regrettably, because of the COVID-19 economic crisis, the company was forced to withdraw the offer. “It’s understandable,” she said. “But I learned a lot from the interview process — I found the small firm dynamic inviting. I want to wear a lot of hats…I like the idea that every day can be something different.”

Once the dream job is secured, her next step is to get licensed. “Not because I want to start my own firm — at least not yet,” said Shanelle. “Right now, I’m looking for experience and I only want to work for firms that use ARCHICAD because I have no plans for using Revit again!”

Anyone interested in seeing more of Shanelle’s work can find her portfolio here.

You Can Find Success Too!

See below for two student tips from Shanelle, click here to learn more about the importance of attitude when being hired, and look here and see below for a list of training resources you can easily take advantage of!

“I found Lynda.com useful for learning ARCHICAD because it has the video/audio transcript visible as it plays the tutorial video. And it’s free for students!”
– Anthony Lopez

Watch a Few (or More) Videos

If you’re in need of learning or inspiration and want to watch some tutorials, demonstrations, tips, tricks, and case study projects on video, then there’s nothing like going to straight to the source. If you haven’t visited the ARCHICAD YouTube channel lately, spend some time out there – you can learn a lot just by watching!

Web Searching is Your Friend!

Hop on Google or your favorite web browser and start searching for ARCHICAD video tutorials. You’ll see no shortage of content. Some examples include:

Stay informed. Get help. Share your knowledge on ARCHICAD-Talk.

GRAPHISOFT holds regular ARCHICAD User Groups in many metropolitan areas around North America. Attend if you can!

If you’re excited about ARCHICAD, other students will be, too. Start a User Group for students (and teachers) on your campus. Contact Sarah Parrillo for help getting started!

Check out the GRAPHISOFT Help Center to access the knowledgebase, product user manuals, and search to find answers on a wide array of topics.

That’s right, now you can take a test that certifies your ARCHICAD knowledge

Learn from the best BIM firms in the business in GRAPHISOFT’s digital series, By Design.

If you’re not already following the BIM Engine Blog, you don’t know what you’re missing!

Get your career off the ground with the GRAPHISOFT Job Board!