College students studying architecture at the New Jersey Institute of Technology (NJIT) put their skills and ArchiCAD to the test for a project for their Arch 264 class (2nd year studio) that also doubled as a competition. NJIT designed the class to include projects to solve so that the students have an opportunity to examine technological, social and environmental issues as they relate to architectural design. The group project, asks the students to design and eventually build part of a train station that could hypothetically be installed in Newark NJ’s Ironbound section. The Masonry Contractors of NJ and the International Masonry Institute co-sponsor the Masonry Build Competition, which culminates in the construction of fragments of the train station on nine 6X8 concrete foundations that line the promenade of Weston Hall, site of the NJIT architecture school.

There were fifteen second year students in the group, led by Project Manager Sharon Goematt – dubbed “Team Orange”- that decided to use ArchiCAD and the presentation tool, BIMx, to create and demonstrate their project, a bold move considering none of the students had any first-hand experience with the software. In fact, they had been introduced to ArchiCAD through an on-campus demonstration given by Zoltan Toth, GRAPHISOFT BIM Consultant, and Charlie Cooper, GRAPHISOFT Regional Sales Manager just days before the project began. It was at that presentation that the group decided to work on the project with ArchiCAD. Mock-Up Team leader, Lauren McLellan, explained that in spite of a tight deadline, unfamiliar software, the chance to actually build something, and a final grade being on the line – none of her project team members felt intimidated. “There was so much riding on the execution of our project, but we didn’t get bogged down by that. The environment at NJIT has helped us learn how to learn by doing. Our professors are not afraid to push us on a regular basis. We were ready for this challenge and never regretted choosing ArchiCAD.”

McLellan says the students all look forward to actually getting to build something in the course of this project. Some teams chose to use traditional building techniques and created a design with cribs (a brick stacking technique), but Lauren’s team employed a folding masonry technique – one field of brick. Taking inspiration from the work of South American architects – they employed the notion that, if you take a piece of paper and fold it, you understand structure – every action has a counteraction to make it stand up. Throughout the design phase, masons were brought in to review the soundness of the design and doubted it would work.

Eventually the team got a much needed endorsement from their studio professor, architect Ersela Kripa. Kripa has become known in her profession as one who pushes limits. She resoundingly vouched for the students, their concept and future in the industry – supporting the students with her professional experience throughout the project.

Kripa says, “When students master the ability to present the layered complexity of their work in a tangible and enthralling way, they are capable of entering the architectural profession at a sophisticated level, empowered with the tools of the next decades.”

The morph tool found in ArchiCAD 16 proved helpful to the team during the initial design phase as they applied materials. But what really gave the project an advantage over others in the class was the ability to employ BIMx to show the space and take judges through the model – in 3D. The students had thought about creating the presentation in 3DSMax, but dropped it in favor of the higher quality found in BIMx. “We are so glad we chose to make our presentation in BIMx, it definitely gave us that wow factor. Up until presentation day, we had kept the fact we were using ArchiCAD sort of hushed,” explained Structural Team Leader Paolo Coticelli. “When we handed out the 3D glasses, we could tell right then we were about to make an impression, and we did.”

The team pointed to some trouble with the way 3DSMax handled lighting effects as a contributing factor to choosing another 3D program. The fly-through capability as well as the capacity to configure a play station controller provided a plus in the BIMx column for the team.

Prior to this demonstration, in the ten year history of the competition, no NJIT team had created a presentation in 3D. Lauren and Paolo say they have no doubt that they’ve raised the bar and set a precedent for next year’s competition. 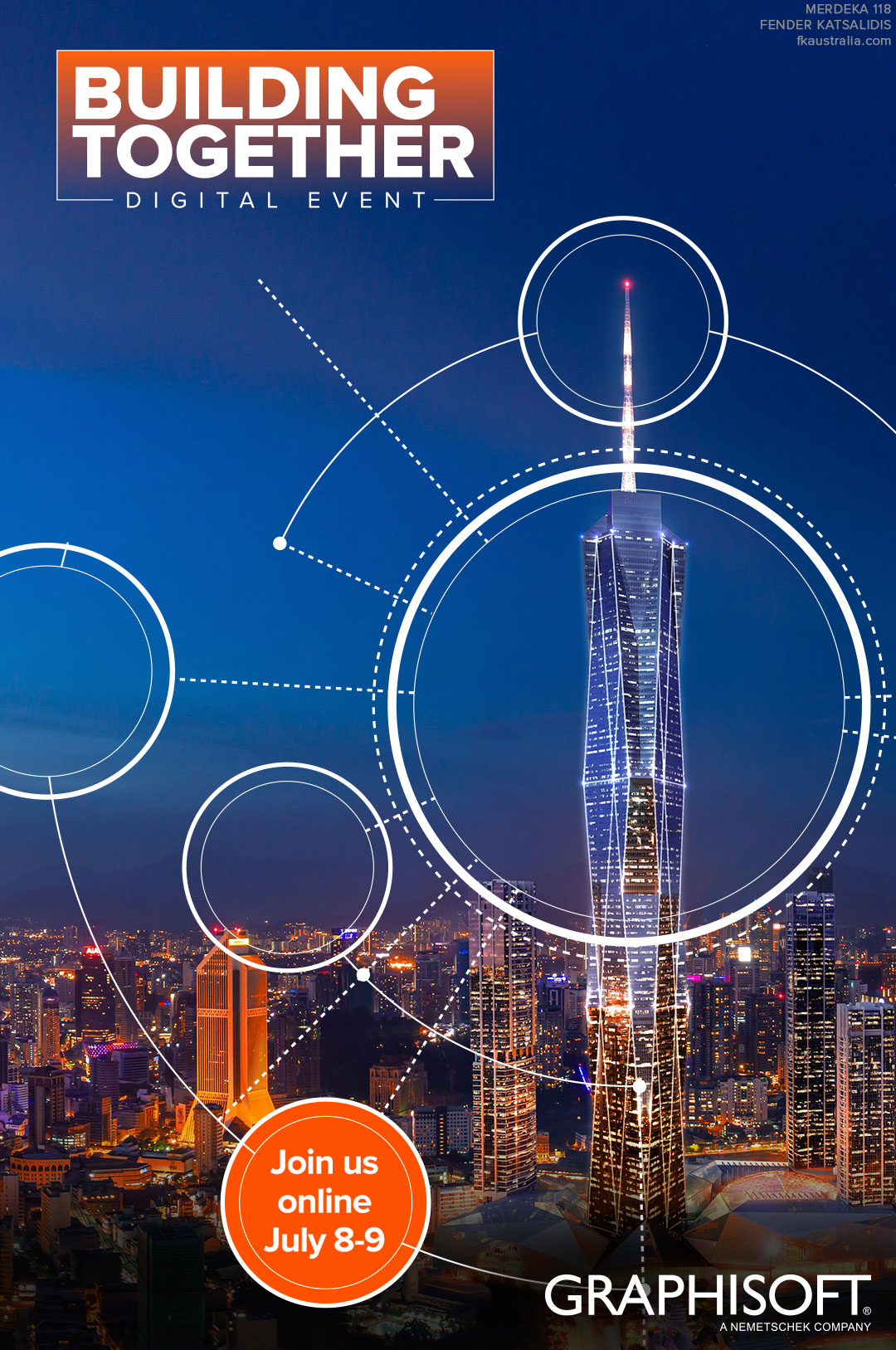