Architecture in the Age of Anxiety 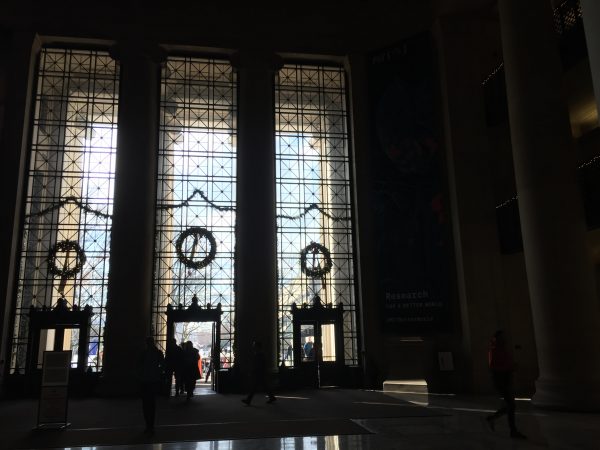 If we don’t know who we are, how do we find the confidence to build things? And if our buildings won’t speak to us, how can we know what they are?

Self-induced highs of perception just won’t get us get us to this point of understanding, according to architectural historian Mark Jarzombek. Nor, in his view, can we count on the secrets of self and the secrets of building to reveal themselves in light of the marvels setting ablaze the “infinite corridors” outside his MIT office in Cambridge, MA: design fabrication, nano-materials, robotics, bio-responsive wall surfaces, AI and our beloved BIM.

“The fact is, over the past five years technology itself has morphed into a bio-chemo-techno-spiritual environment that now feeds the Human its sense of Self. We are beginning a new history.”

In his latest book, The Digital Stockholm Syndrome in the Post-Ontological Age, Jarzombek quotes a Google executive: “Google’s goal is to become like breathing, just a necessary function for accomplishing what you need to do. You don’t think about it, you don’t really talk about it, you just do it.”

Is it any wonder that our solidly constructed, singular sense of Self has become seriously destabilized over the past five or so years, asks Jarzombek, in this new age when the human and the algorithmic are becoming indistinguishable? Data, he argues, is indeed the essential oxygen we breathe in, and then out as our “ontic exhaust” (ontic referring to ontology, the philosophical study of being). 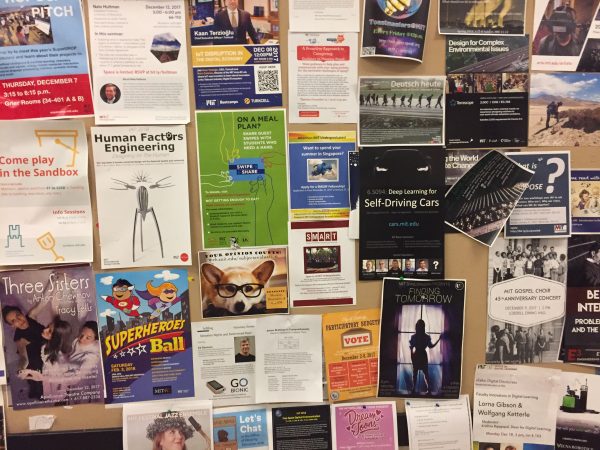 Signs of techno-optimism in the infinite corridors of MIT

To be is to build. But perhaps no longer.

Why? Because all that for architects once established a solid sense of Selfhood, and solid buildings to go with it, have shifted, collapsed. Now, bodies and minds have gone to breathing data in and out, the new oxygen. The Enlightenment ideals of Rene “I think therefore I am” Descartes (1596-1650), the Neoclassic villas of Palladio, the outstretched arms of Leonardo’s Vitruvian Man have folded as if overnight.

And so much for the techno-optimism around forming a democratic “community” of similarly enlightened individuals via Facebook and Twitter. With the proliferation of alt-news, trolls, bots, and the end of net neutrality, such techno-optimism is no longer possible.

Ironically, notes Jarzombek, it takes two hundred pounds of mined material to produce one iPhone. In the same ironic vein, latest polls show only around half of the U.S. population accepts the evidence of evolution, and only a third agree with scientists on human-caused climate change. Proud papas help their kids saddle up on dinosaurs at the Creation Museum in Petersburg, KY. The crowd-funding site for patronizing struggling artists, Patreon, has a new neighbor in cyberspace: Hatreon, crowd-funding for neo-Nazis.

Technology itself has become suspect, and not without reason. The weapons technology that made it possible for man to eat mastodons now threatens to destroy him in the form of nuclear warheads. The over-use of antibiotics has produced ever more lethal microbial strains.

Caught up by these unintended consequences, these alluring progress traps, one could easily become shaken with anxiety. You could find yourself wondering: Where am I now and what does that make me? Why build this stuff?

You can be pondering this form of entrapment, while at the same time nation-states, multinationals, and thousands of nameless hackers are busily reshaping one’s sense of Self. Jarzombek likens these actors to the capricious gods who once toyed with human destiny from the heights of Mt. Olympus. In fact, he argues, we may be returning to those pantheistic times, before the idea of singularity was born of monotheism.

In addition to these much-publicized actors, there are what Jarzombek calls “phantom states” all sifting through our data exhaust, all capable of diddling our beings with invisible hacks and alt news: — the Guadalajara drug cartel, Apple, the Islamic Caliphate, UNESCO Harvard University (the competition down the road, one with an endowment bigger than half the world’s economies), to name a few.

In response, Jarzombek proposes a new Onto-tecture, a semi-serious send-up of architecture open to the shifting realities and possibilities posed by the data gods.

The Paranoia Pod: Advertised on conservative Fox as well as liberal MSNBC, the pods split into two rooms. One is lead-lined and hacker-proof, a ‘dark space.’ The other has every kind of plug-in imaginable for data collection: “motion detectors, hidden cams, heat sensors.”

Though no home is a truly a home without Onto-Ports, doors with scanning devices that “register one’s presence. They can remind you not to track mud in the house, compare how PC you are versus your neighbor in recycling plastic, or find your hat, which is, of course, traceable.

Is all this Onto-Port data then trackable by the FBI, Putin’s minions, or the countless other data miners? Many would then ask: “Does this really matter—they’ve got tons on me already.” Which brings us to what’s so nifty about these Onto-Ports, writes Jarzombek. They can be set to crank out false positives, and “fog over your presence…change your facial features.” Jarzombek maintains the systems, which will be available at your local Home Depot, will be simple enough for “any electrician to install.”

One might wonder, do these Onto-tectural sci-fi pods and ports prefigure a dystopic future, a design Armageddon?

Not at all, says Jarzombek, Onto-tecture simply speaks to what is. Correspondingly, his architecture students see the future of design addressing an inevitable environmental breakdown. “Three years ago, the big thing was ‘sustainability’—what not to use, or do,” but now all that’s assumed. “They’re simply responding to the world as it is.” In the hallways, brisk upbeatness prevails.

Responding to the world as he saw it, in Jarzombek’s widely known text  A Global History of Architecture

When he could finally afford to fly to there and mount its nine platforms leading to Nirvana, Jarzombek recalls driving from the airport past miles of what Rem Koolhass might easily have dismissed as “junk space”: cheap, drab buildings and storefronts. “I certainly get what Koolhass mean by ‘junk space,’ and at the same time I realized that for someone who has never owned a home and now lived in one these places, it was hardly junk space.”

It is important to understand that Jarzombek was not making a relativistic observation: one man’s junk space is another man’s castle. For this sixty-something man, a confident smile and a skeptical cast about the eyes, relativism would be too wishy-washy. What he’s saying is that there was more than one story driving from the airport, and that to be truly present, post-ontologically speaking, one needs to be open to both stories, along with many others that are “mute.”

“For example, let’s say you are designing a new building. You’ve got your site. You order your I-beams, from Korea. The I-beams are mute—just objects. People will kind of look at you funny, of course, should they overhear you attempting to unmute them, find out what they’re about. That’s where imagination is so key to understanding all the stories involved, understanding that will affect the resulting structure, profoundly perhaps.”

“Where, one imagines, was the ore mined for the I-beam, what galactic event created it, who smelted it, who put it on a crane, who navigated the ship across the Pacific? I’m not suggesting this in the spirit of workers’ rights, or some such, I’m just trying to get at the many stories in the piece of steel.” Singularity, after all, the idea of one mind creating one thing, one object, one book or building, has been outdated, the gods manipulating data make the whole notion of independent thinking passé.

The upside, says Jarzombek, is that such destabilizing influences open us to the multiplicity of these stories. The neo-Nazi crowd-funding story just happens to be one of the most offensive. But there are others both beautiful and subtle.

We can tune into design stories best, not necessarily by smoking a joint, but by muting our own singular, enlightened narrative to hear others. Were we to simply dismiss the tract homes in Java as junk space, we wouldn’t be open to the “new home for a family that has never had one” story, among others. And in this new openness, we can arrive at better understanding of who we are and what we might build in this anxiety-provoking, post-Ontological Age. 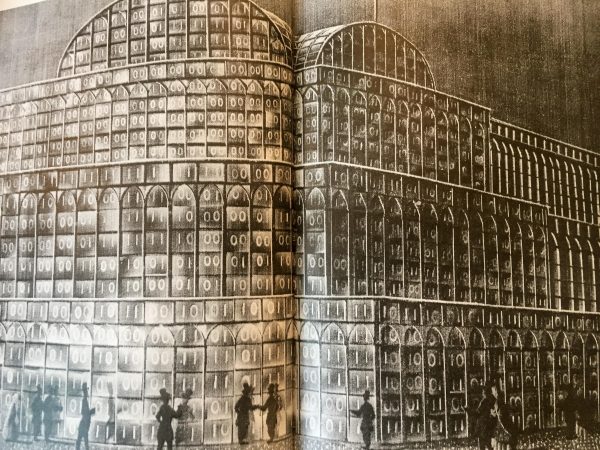 In his latest book, MIT’s eminent architectural historian Mark Jarzombek depicts a new, post-ontological reality in which man lives and builds. Just as in Fyodor Dostoevsky’s prescient 1864 novel Notes From The Underground, man now finds himself in an anxiety-ridden, algorithmic “Crystal Palace,” governed by unseen, data-manipulating forces and formulas. § Note the 1’s and 0’s in this illustration by Alexandre Alexeieff for the 1967 Heritage Press Edtion. Alexeieff and his wife Clarie Parker invented pinscreen animation in 1932, a technique that marries art to engineering, in a similar spirit as MIT’s Media Lab